It doesn’t matter if they’re down the hall or across the street: being in community with other people can be hard work. We’ve probably all experienced a noisy neighbor or inconsiderate coworker who doesn’t seem to be aware of how their actions affect others. How do we address those problems with the people we live and work with in a way that doesn’t make things worse?

Derek Pratt, founder of 4ward With Progress Inc., shares tips on effectively and tactfully resolving disputes when your neighbor is being less than neighborly. 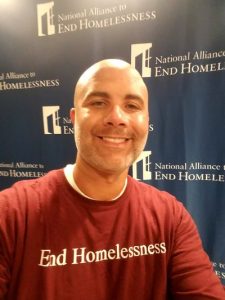 Derek Pratt dropped out of high school and has lived on his own since the age of 16. But after earning his GED at 19, he enrolled at Cuyahoga  Community College in his mid-20s and earned an associate degree in IT. He later earned a bachelor’s degree in IT from David N. Myers University and a master’s degree from Strayer University.

After 12 years in IT and human resources, Pratt decided to pursue the battle against homelessness full time. He left his job and began working as an advocate for people living in apartment communities—mainly subsidized housing—and as a mediator focused on landlord-tenant issues. In January, 2018, he launched 4Ward With Purpose Inc., an organization that provides services that help overcome barriers to housing stability.

Mentioned in this Episode

4ward With Purpose Inc.
Find a Mediation Center in your area (other great resources on this site, too! Another way to search for centers is to Google “alternative dispute resolution”)